So now that you know how to differentiate between friendly and flirty behaviour (if you’ve read part one of this article, you should), what are the signs to look out for to know if someone is into you? Let’s look at the top 10 below:

If your eyes lock on a regular basis, two things could be true: you’ve got something on your face and they don’t know how to tell you or, and this is probably more likely, they like you.

Of course, you don’t want to stare at them to see if they look back. There’s a technique you can use to see if they are really looking at you because they like you: Maintaining eye contact as you turn your head to break the gaze. The other person does not perceive your extended gaze as staring because your head is turning. If the person you are with maintains eye contact, they like you.

Sitting near one another or passing in the hallway, you’ll experience casual touches. You might find that they place their hand on your shoulder or gently touch your hand. People don’t do that for just any reason, they do that so they don’t have to say that they like you.

If they are making an effort to come into contact with you, chances are that they are excited to be around you and want to be closer to you.

Are they acting weirdly around you? Maybe they stumble over their words, become tense or nervous, or even pull away suddenly and unexpectedly. They’ll probably tell some awkward jokes.

These are actually counter-intuitive signs that someone likes you. Weird behaviour like this when you like someone is actually more common in men than women. This is because male and female brains are biologically different. For instance, the limbic system is the emotional processing center of the brain and it’s much larger in the female brain than in a man’s.

That’s why women are more in touch with their emotions. And why guys can struggle to process and understand their feelings. The result can be some pretty weird behaviour (in your eyes). 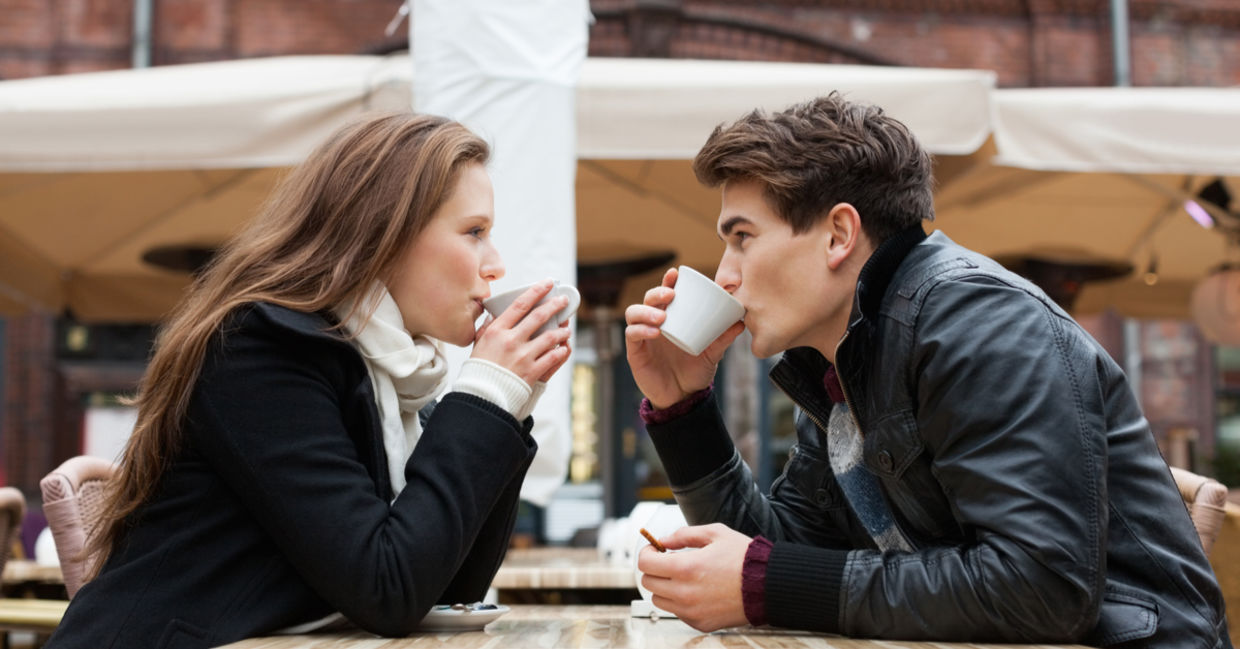 4. They are using the same body language and words as you

If it suddenly feels like you are looking in a mirror when you are talking to someone, there’s a good chance they are not doing that on purpose. When people like and connect with one another, they subconsciously start to act like them. Sitting in the same position, taking on the same posture, and even quickly adopting the same language and word usage.

All of these mirroring acts mean that the person you are talking to likes you – it doesn’t always mean they like you romantically of course, but it could be, especially if they are too afraid of rejection to admit it.

When someone is interested in what you have to say, they’ll move closer and lean in. This is another subconscious action that tells the onlooker (you) that the person likes you. They may lower their head, lean in while you talk, and even move their body closer to yours – all without even realizing they are doing it.

People are funny like that. It’s interesting to watch people who aren’t together, but whom like one another, interact: they do a lot of the same things and are leaning in so much it looks like they might fall over.

6. Remove things that get in the way

When we feel stand-offish and don’t want to be around someone, we’ll put up physical barriers in their way. For example, you may cross your arms when talking to your cranky boss. It’s a subconscious way of telling your boss to back off and stay out of your space. But when you like someone, you are more likely to spread your body wide and make sure that they feel welcome in your space.

So when evaluating body language, here’s what to look for:

7. They point their feet toward yours

Again, our bodies like to give us subtle ways of letting us know that we like someone. You might feel anxious or uptight about something and later realize that it’s because you find yourself attracted to someone and didn’t know what to do with that information in your body. 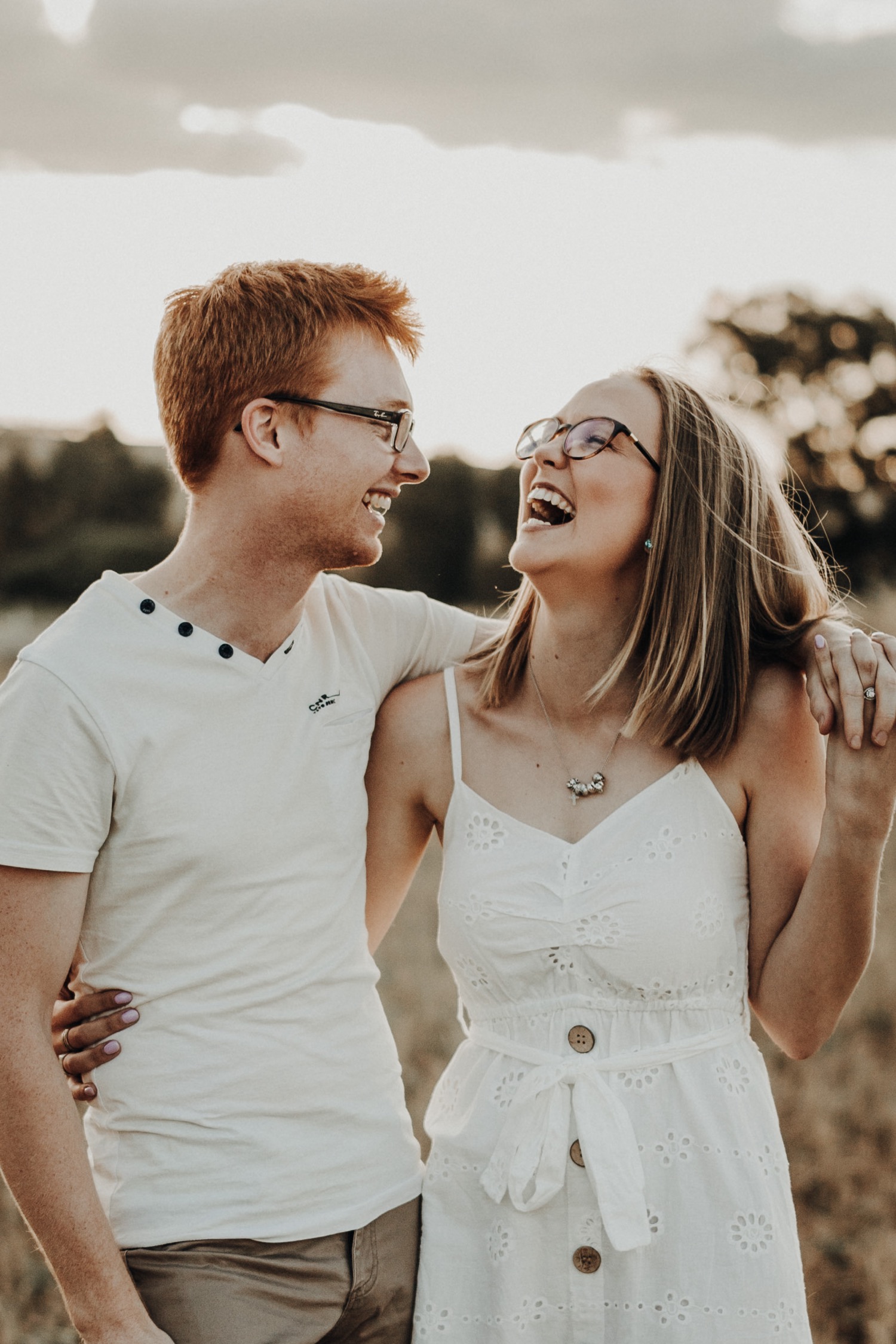 8. They laugh at everything you say

Someone who likes you is going to think you are the funniest person on the planet…even if you are not. So if you are wondering if your crush likes you back, just tell a lame joke and see how they react.

Our sense of trying to make people feel important and acknowledged when we like them is so high that we will go out of our way to make ourselves look silly (aka laughing when we shouldn’t be) so that the other person is raised up. Love is a tricky thing, isn’t it?

9. They are obviously trying to stand next to you

Whether the room is crowded or you are the only two at the bar, they make a point of standing or sitting next to you. It might be obvious that they want to be near you, especially if they actually push someone or try to move someone quickly so they can snag the seat next to yours.

We see this in romantic comedy movies when the man is enamoured with a woman and can’t seem to find his footing as he tries to squeeze into the last seat on that side of the table.

10. They remember the weirdest things

If they show up with a present or a token of appreciation to commemorate a particular time or date or event, you better believe you are important to this person. When someone likes you, they can’t help but absorb all of the things that might seem unimportant to you. If you mentioned your dog’s birthday is next week, your crush might show up with a treat for your dog. Or at least, text you to say happy birthday to your dog.

Weird? Perhaps. But it’s a surefire way to tell if someone is into you.