Single mothers have to prepare themselves to take on more responsibilities and care for their children without having any day-to-day help, either parental or financial.

Some of the most common mistakes single mothers make in raising their children include:

Overprotection: Because of the value that children represent for single mothers, they tend to adopt overprotective attitudes that sometimes function as a mechanism to compensate for the child’s rejection.

If the mother is young, as in the case of a single father, she often has a paradoxical relationship with the child, whom she loves on the one hand, but blames for the loss of her adolescence or youth. Therefore, the young mother is called upon to take on many responsibilities, forcing them to grow up faster than expected, not to be caught off guard by the constraints of motherhood.

Perfectionism: Some single mothers adopt the attitude of perfectionists. This attitude sometimes functions as a compensation mechanism for a mistake they have made (trying to be the best mother in the world to show the world and themselves that despite being a single mother, they can handle the situation without depending on anyone else or asking for help from others).

For a single mother, taking on responsibilities and fulfilling the roles of a parent involves being aware of her own limitations and personal rights.

It is recommended that the single mother asks for help occasionally, learn to delegate responsibilities when necessary, and seeks support to avoid overburdening herself.

One of the essential pieces of advice for single mothers is that they should try to train, study, or learn a trade to help them personally and raise their children, as they will be the only support the children will turn to first.

If a single mother is unable to study or train for any reason, she should try to seek help from better-educated family members or friends so that she can provide the necessary assistance in her child’s education.

One style of thinking that some single mothers adopt is to take charge of everything: decisions, tasks, work, rules, difficulties, etc.; this generates a great deal of stress that exceeds the capacities and faculties of the human being.

The other way of thinking that some people adopt is to let their grandparents take charge of their child’s education, remaining on the sidelines of the decisions because, after all, they are the ones who support both of them. They feel powerless to take on the responsibility of raising their children.

Raising a child is not easy, especially for single mothers. However, no one can better help your children face their fears and become responsible adults.

Whether a single mother or not, every woman can provide the best education for her child, teach her to live with her peers, and work towards her personal and professional development. 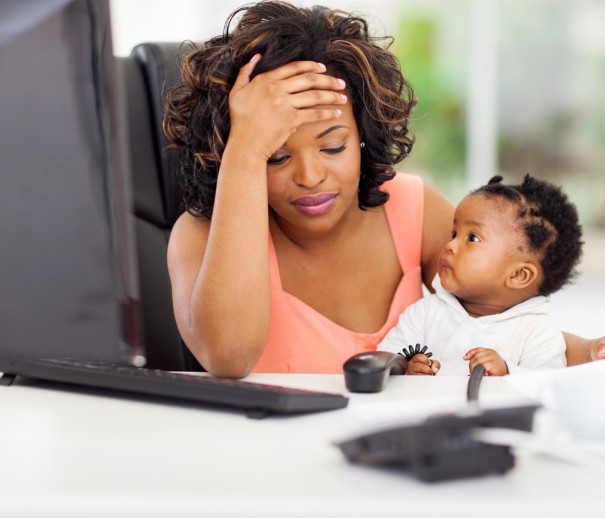