Guys, it’s time we had a chat about women. You can be as annoying to them as they are to you. We recently covered things that girls do to annoy guys, so it’s only fair that we look at it from the other perspective, right?

Take this list as friendly advice; just a few things you should try to avoid doing and saying. Some are silly, some are really bad, but fixing any of them will lift you at least a notch in the eyes of the ladies in your life. Let’s dive in:

1. Getting drunk on a date

Women just don’t like it when their boyfriend gets zonked out on a date. When you are dating a woman, remember your chivalry. She wants a gentleman, not a slob.

Drinking is all fine and well, but never to the point where you can’t drive back home or stand up straight. When you go clubbing and get wasted, it annoys your girlfriend. Even worse, it scares her. The man she loves and trusts is making a fool of himself, embarrassing her, and showing his inability to recognize his limits. Getting tipsy at home when your team is losing the big game is one thing, but when you’re out in public with her, it’s unacceptable. 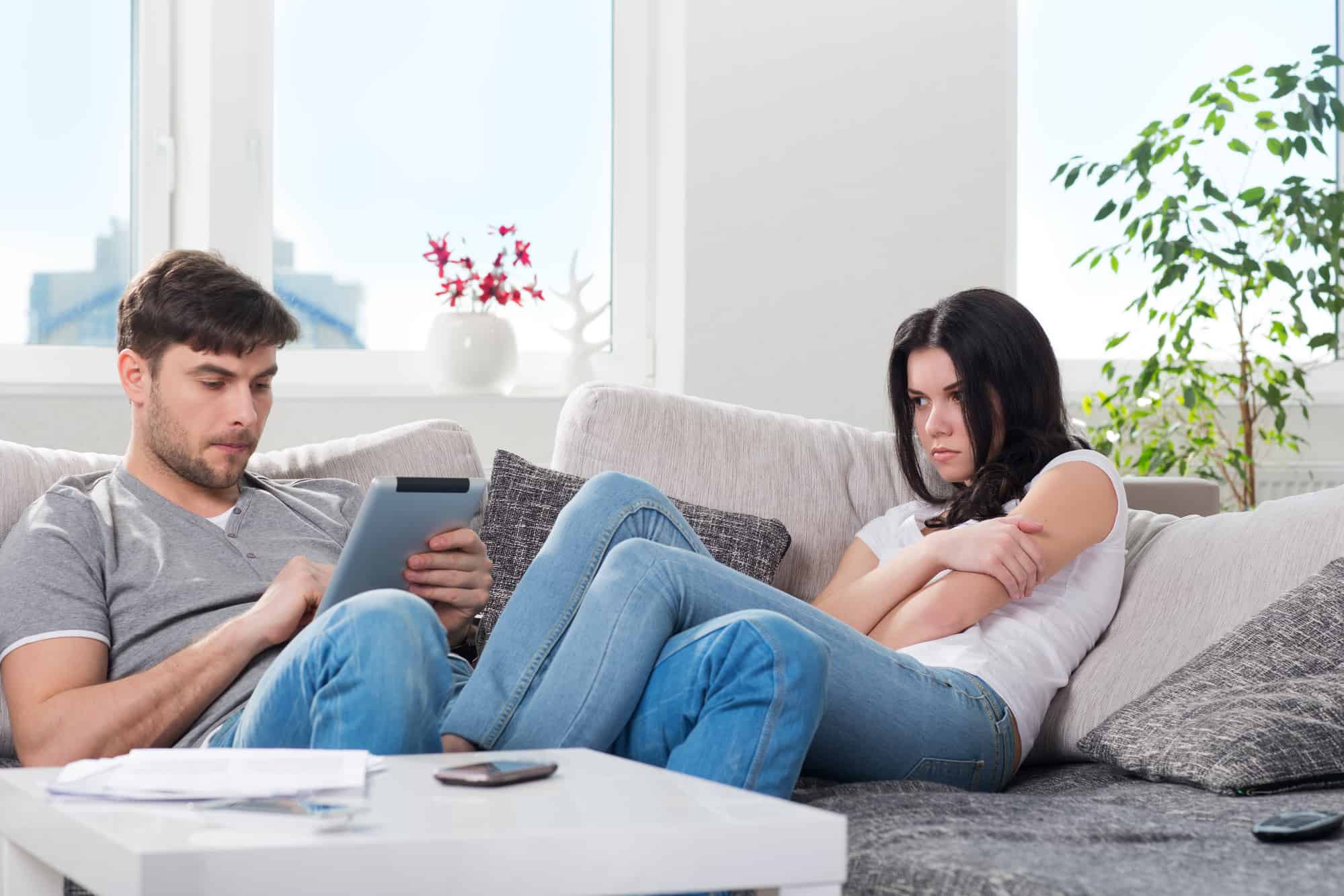 Once the novelty of a new relationship wears off, the politeness tends to as well. But, just because you’re in a committed relationship doesn’t mean it is okay to stop being nice. If she asked you a question about your favourite team or video game on your second date, wouldn’t you show some patience when responding, even if you thought it was an idiotic question? Why should that go out the window now?

Women hate this about their boyfriends. The lack of small niceties is shocking once you get comfortable. Sure, you shouldn’t have to be “on” all the time, but being rude is a no-no.

Next time she asks you, “how do I look?” Instead of responding with, “fine,” or an unintelligible grunt without even looking her way, take a few seconds. Look at her, smile, and tell her the truth. Tell her she looks great but you prefer the red dress. Or just tell her she looks amazing. All she wants is a little assurance from you. Is that too much to ask?

Every time your partner tries to kiss you passionately or try to touch you all over, it doesn’t always mean they want you to take your clothes off in a flash and dive headfirst into bed. Sure, intimacy is always great, but sometimes a good old-fashioned make-out session is just as exciting.

It’s easy to stop doing this annoying boyfriend habit. Don’t assume. Ask her if she wants to take things further? Or better yet, let her lead. If she wants to go all the way at that moment, she will let you know.

4. When you get bored shopping

Guys can take five minutes to pick an entire ensemble. But with the pressure put on women, you do understand that your girlfriend takes way longer than that, right? So, why is it always a surprise when you go shopping for more than a couple of hours with your girlfriend?

Most girlfriends don’t invite you to shop with them all the time, but on the rare occasion that you do get invited, play nice. If you aren’t in the mood to be out for that long, don’t go. Or at least let her know you’d like to be back by a certain time so she can work with you. This is a good compromise.

There is a look nearly all men get when they are pretending to listen to their girlfriends. Sure, you may not care when she talks about makeup or drama with the girls, but don’t fake it.

Either pay attention and interact with the conversation or let her know you aren’t interested. I know that seems harsh, but it is better than lying. Trust me, this isn’t as scary as it sounds if you both communicate. My wife and I have lots in common, but when I talk to her about video games or anime, her eyes sometimes glaze over. Instead of sitting there and pretending to be interested, she’ll tell me she’s glad I’m so passionate about my hobbies, but she’s not following. I do the same with her when I can’t handle her talking about makeup or skincare.

It may sting a bit at first, but as long as you do it with kindness, she will appreciate the honesty.

6. Comparing your girlfriend to someone

Girls hate it when you compare them out of the blue to your ex or even one of their friends. “Why can’t you dress up like your friend Suzy?”, “My ex used to do that for me all the time…”, “You know, my friend Kat is so much more understanding than you are…”

If you like what they do or how they are so much, maybe you should be dating them. Don’t have this annoying boyfriend habit and definitely don’t take it to the next level by comparing her to your mom.

Don’t tell your girlfriend her casserole isn’t as good as your mom’s or that your mom always folded your socks like this or that. That kind of conversation is never going to end well and it is sort of creepy. 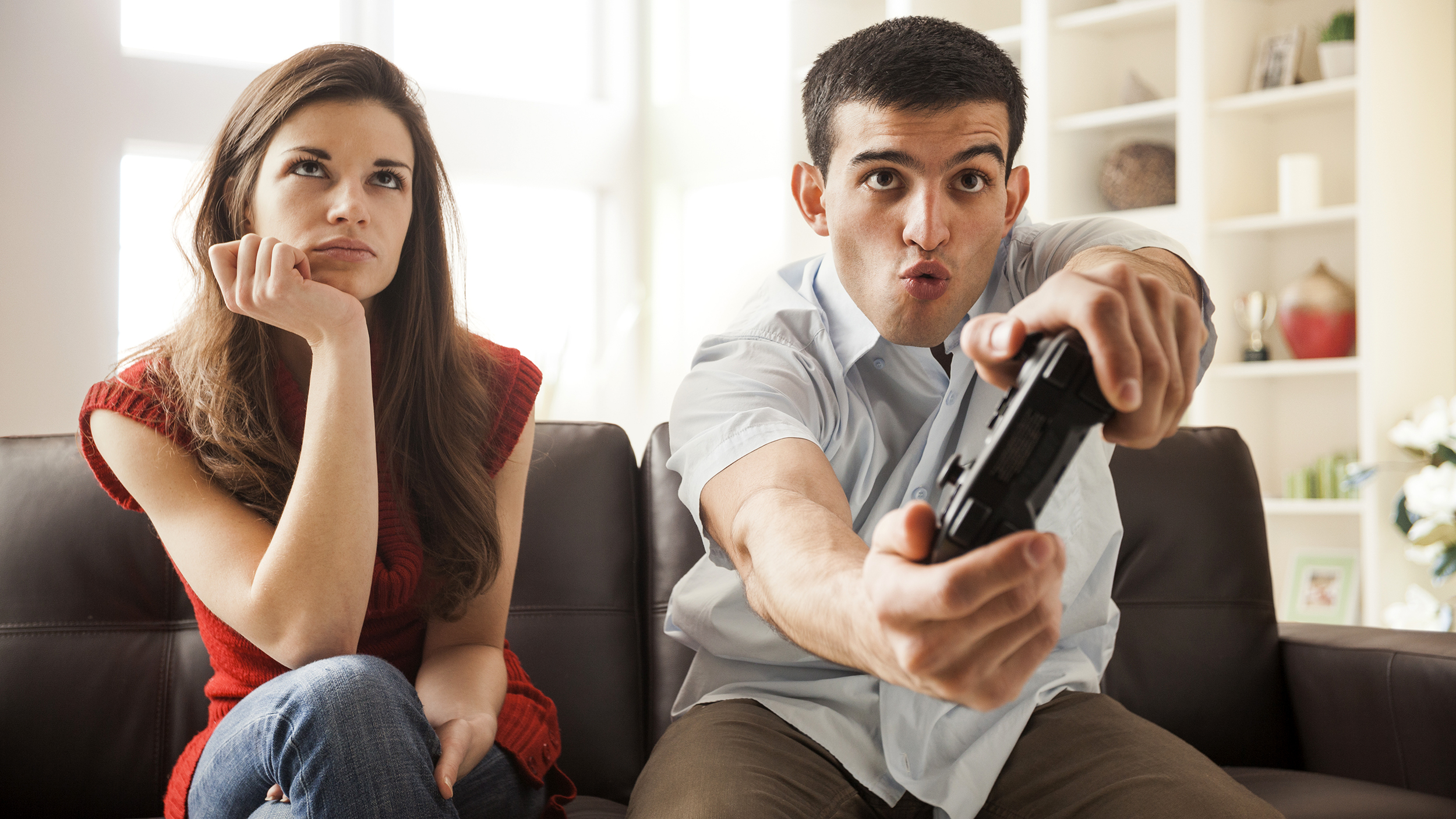 PDA or public displays of affection can be a little intense and gross, but sometimes, your girlfriend just wants to know you are proud to be with her. Maybe you are just a private type of fellow, which is totally cool.

But if you won’t put your arm around her or hold her hand when you’re shopping or going for a walk, she will think there is a bigger reason for it. Is holding her hand or kissing her on the cheek so hard? She just wants a little physical touch. Compromise and find something that shows her affection that you feel comfortable with.

8. Thinking her period is taboo

Periods are normal. Get used to it. Not wanting to hear about her cramps is unacceptable. It is not the 1950s’. You share a bed and a bathroom. If she needs you to get tampons, just do it. No one is judging you. In fact, they are probably thinking you’re an awesome and not annoying boyfriend for doing that.

Don’t make her hide tampon wrappers in the trash or walk on eggshells because she’s menstruating. Also, NEVER accuse her of being on her period if she’s emotional. She has a right to her emotions, period or not. Let her feel how she feels. Don’t disregard it because she is on her period.

Read up about her period. Find out what happens and just how hard it is for her. Ask her what she wants and get it for her. She will appreciate it.

So how many of these things are you guilty of? A few or almost all? Hopefully, you got a glimpse into the mind of your girlfriend and can take these tips to stop those annoying boyfriend behaviours.